New Orleans is a city that stays up late. When you stay up late, so does your stomach. That’s why Saint Lawrence is serving “divine food until 2:00 am.”

Why divine food? It says so on the sign, right under the icon of Saint Lawrence himself.

Saint Lawrence is the Patron Saint of Cooks. Legend has it that he was a martyr who was sentenced to a slow death over flaming hot coals. After being subjected to horrible pain, Saint Lawrence famously remarked, “Turn me over, I’m done on this side.” (Cooks are tough.)

Naming a restaurant after a martyr like Saint Lawrence means it has to live up to the epic tale.

“Our name is more than just a nod to Saint Lawrence,” says Ramona, a server at Saint Lawrence. “It’s an ode to our friends in the service industry. This place stays open late for them.”

“Our name is more than just a nod to Saint Lawrence, it’s an ode to our friends in the service industry. This place stays open late for them.” 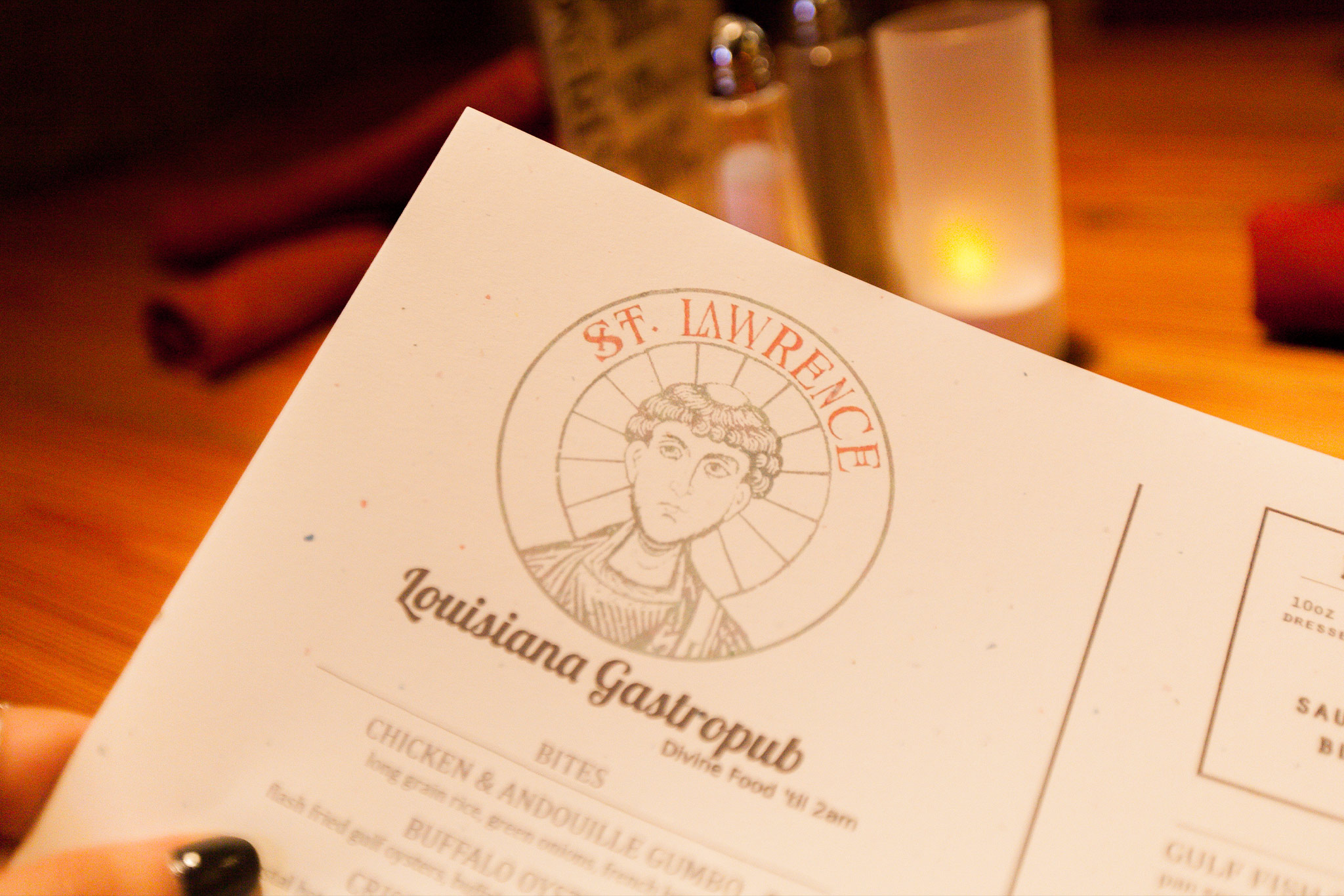 The interior features exposed brick with high ceilings and sounds of the French Quarter pouring in through the opened doors.

Saint Lawrence isn’t just banking on the late night crowd accepting subpar food — the food here is truly divine. Start off with a bowl of authentic New Orleans Chicken and Andouille Gumbo or let the “Smothered & Covered” fries with brown gravy and cheese cure what ails you.

Looking for some of the best red beans & rice in the city? Saint Lawrence has your back. This massive plate of red beans, rice, grilled andouille sausage, collard greens and cornbread is a religious experience all on its own.

Turn me over, I’m full on this side.