Whether you call them subs, heroes, grinders or po-boys, every region of the U.S. has its own take on sandwiches. Here in the Crescent City, the po-boy reigns supreme.

Johnny DeGrusha opened Johnny’s Po-Boys in 1950. For three generations, Johnny’s has been a local hot spot for the classic New Orleans sandwiches. Originally, the po-boy was made as a cheap way to curb an appetite.

Johnny was well-known for feeding the locals.

“When the streetcar workers went on strike, they would come in for free food,” says Lori, the owner and granddaughter of Johnny. “It was originally french fry po-boys with brown gravy.”

Johnny was not only feeding hungry people, but he kept his doors open to everyone during a time when segregation was an unfortunate reality.

“My grandfather never turned anyone away for any reason,” says Lori. “He always made the right choice instead of the easy choice.” 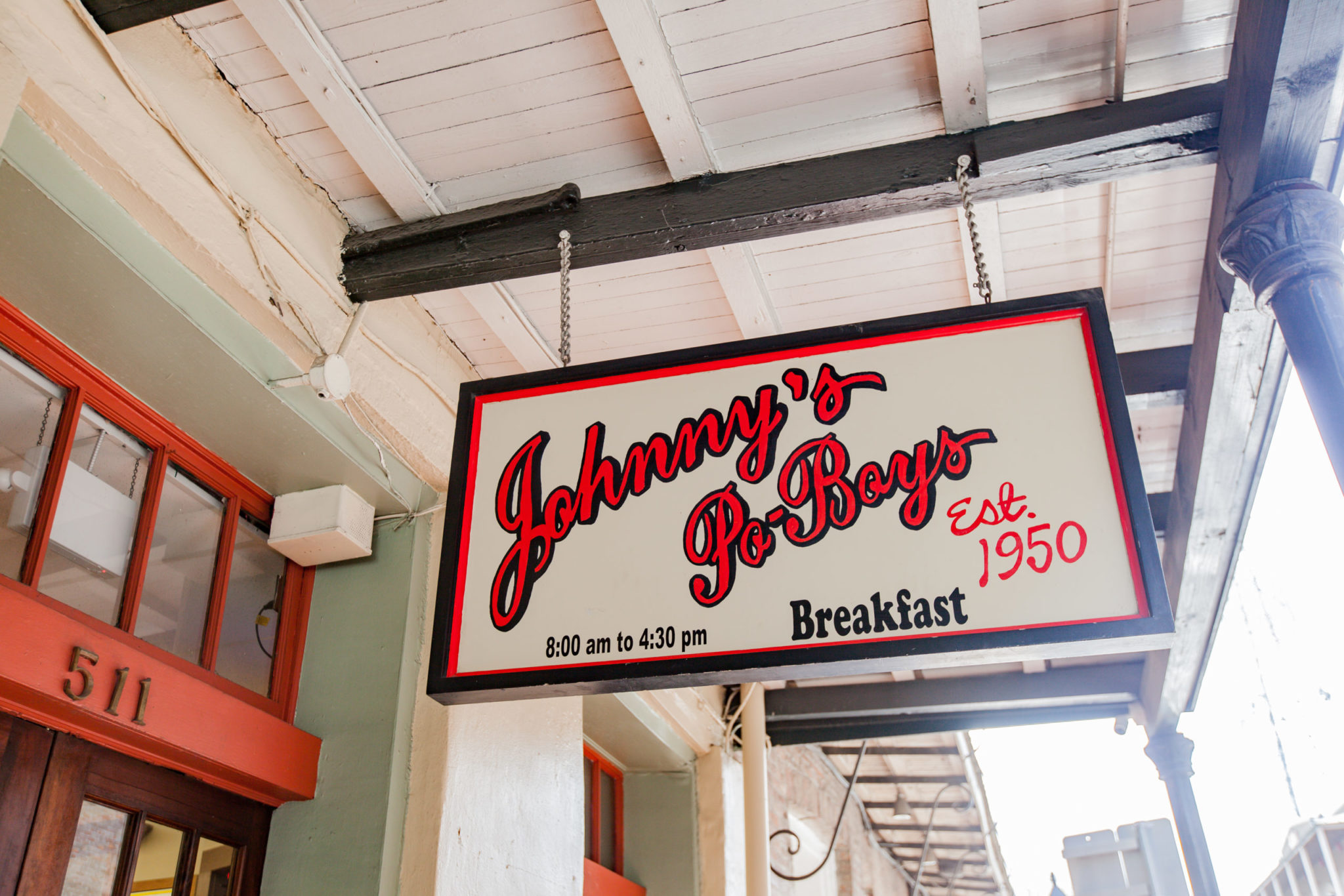 Don’t worry about small, medium and large — every po-boy at Johnny’s is a footlong of French bread from Leidenheimer’s Baking Co. (No substitutions!)

“It has to be Leidenheimer’s bread,” says Lori. “They even adjust the recipe based on the humidity that day.”

If you want to stick with a classic favorite, order the roast beef poboy. The roast beef is boiled and smothered in au jus for a deliciously messy experience. (Get ready to use a lot of napkins.)

And that experience is what Johnny’s is all about. The food is made with love, and you can feel the sense of family in every detail.

“I used to pretend I was sick in school just so I could come here to work,” says Lori. “From the time I could make a complete sentence, I was on the register.”

Drop by the oldest po-boy restaurant in the French Quarter today.