The name “Atchafalaya” originally comes from the Choctaw word for “winding river.” The shotgun style building itself, located just two blocks from the Mighty Mississippi, dates back to the 1800s. Originally owned by a family that immigrated from Italy in the early 1900s, the Atchafalaya that stands today has undergone quite a few transformations. After Katrina, Café Atchafalaya was remodeled using materials salvaged materials from the hurricane.

Now, owned by Rachael Jaffe and Tony Tocco, Atchafalaya is a restaurant that continues to embrace “New Orleans’ culinary traditions while pushing boundaries.”

Atchafalaya is well-known for having a brunch that most places can only hope to match. One unique aspect of Atchafalaya is the Bloody Mary Bar. Choose your own vodka from the menu, and make your way down to customize your Bloody Mary just the way you like it!

“All of our vegetables and mixes are made fresh and in-house,” says Rachael, one of the owners at Atchafalaya. “We even have a green tomatillo mix that is really popular and different.” 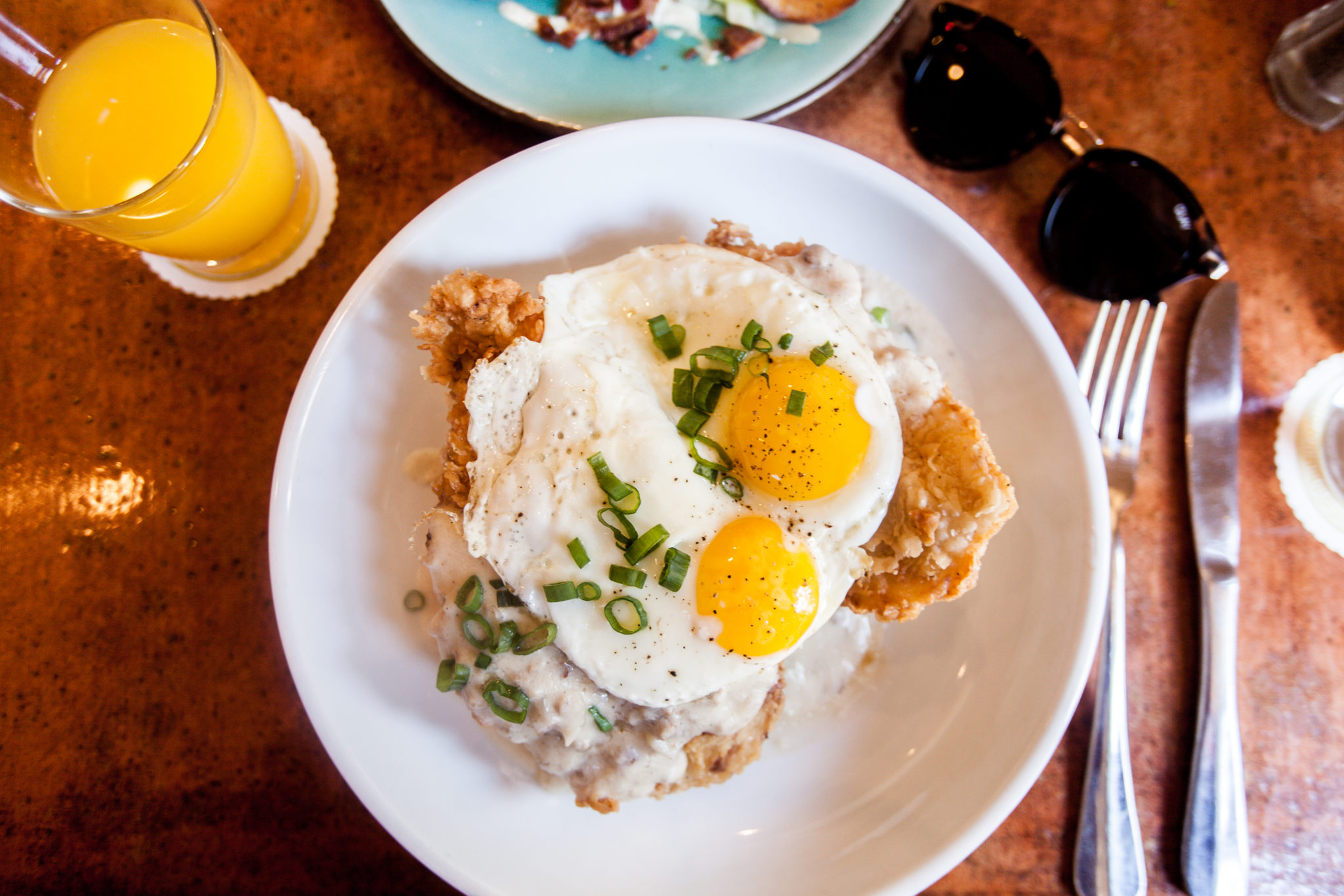 Brunch starts off with warm and spicy Jalapeño Cornbread with real bits of corn baked into the bread — resist the urge to load up on these bad boys, because you’ll want to save room.

If you’re having a hard time deciding on your main course, the Eggs Atchafalaya is tried and true. Hot buttered blue crab is piled on top of two fried green tomatoes, served on a bed of Rockefeller spinach and topped with hollandaise. The crab meat is so delicate and buttery that it melts in your mouth!

Don’t plan on making it down Magazine until later? Atchafalaya is open seven days a week for dinner from 6 to 10 p.m.

As they say, “You can’t drink all day if you don’t start in the morning.”